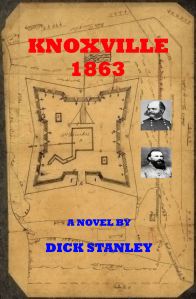 Things are rocking along in the writing and publishing department. So check in from time to time. You never know what you’ll find here.

Knoxville, 1863 was our 2010 effort. It’s a novel that is equal parts history and fiction about a little-known Civil War battle involving some of the most famous people and units of the Union and Confederacy. President Lincoln considered a Union victory at Knoxville a key to winning the Civil War.

Jim Chambers, a reviewer for Red Adept Reviews, said of the novel:

“I’ve long considered Michael and Jeff Shaara’s Civil War trilogy to be one of the benchmarks for Civil War historical fiction. Knoxville 1863 came very close to that mark.”

“Other writers and historians have touched on this battle, but I’m not aware of any who have addressed it in this depth. For that reason, and because it is well written, I believe that this is an important novel that will be appreciated by civil war buffs and enjoyed by anyone.”

“Mr. Stanley has certainly done his homework; his novel rests on a solid foundation of historical facts. It is well written & a joy to read.”

Celia Hayes, author of my favorite Hill Country historical novels, The Adelsverein Trilogy, had this to say at POD Book Reviews And More:

“These are not modern Americans, dressed up in period clothes….The various characters are expertly drawn; the details of their lives, their friends and their various sympathies are conveyed in spare and workmanlike language. Each chapter and each character is almost a period steel engraving, full of vivid and authentic detail.”

The Amazon link is here for the professionally-edited and proofread-to- eliminate-errors paperback, cheap at $7.98, and its Kindle companion, which has a linked Table of Contents and a map, for a limited time, at just $0.99.  The novel is also available for $0.99 as a e-book at Smashwords in multiple formats, from Palm to Sony here.

For more on the historical facts–including period photos and maps–of the novel, Knoxville 1863, see its new Web site here. 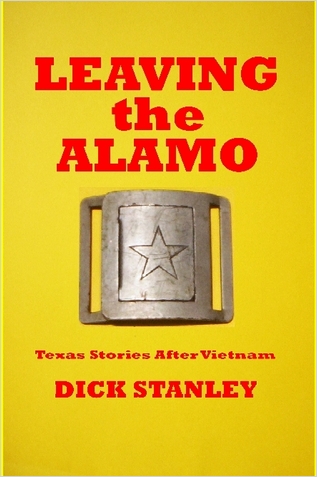 There’s also 2006’s Leaving the Alamo: Texas Stories After Vietnam (sixteen post-Vietnam War short stories), which has had (at Amazon) several good reviews from friends, three excellent reviews from fellow authors David Chacko, Al Past and Celia Hayes, one very nice one from a stranger I met on a forum and one from a mainstream publication, i.e. the VVA Veteran, the monthly magazine of the Vietnam Veterans of America.

The stranger, Alice Dinizo of New Jersey, who emailed me that she was a combat veteran’s wife, concluded in her review:

“Mr. Stanley recounts so very well, often with humor and always with great dialogue, the experience of those who went to fight and now are old, aching, full of recollections, resentful sometimes of how they and their fellow soldiers were treated. A good solid addition to libraries’ books on the Vietnam War and a must own, must read for followers of this tragic period in our history.”

“Written in spare straightforward prose, these sixteen stories are all well told as they look backward and forward from a place that is always Texas. Some, like “Gun Dreams” deserve to be read by anyone with an interest in a given word or the idea of honor. Others, like the closing story, “Dragon Sea,” should be anthologized.”

Ms Hayes, herself a veteran and author of six good books, knows the territory well:

“The tone of the writing is quiet, meditative, and deeply sympathetic, and the descriptions – especially in the final story ‘The Dragon Sea’ – are sublimely beautiful.”

Al Past, author of the Distant Cousin scifi series, also is a veteran:

“In my case, I’ve been content to put the unpleasantness of the Vietnam era behind me, and several of these beautifully written stories brought it back so vividly that apportioning them out over time seemed a good idea for me.”

Buy the print edition, professionally-edited and proofread to eliminate errors, at a cheap $7.98 here and its Kindle companion, for a limited time, at a mere $0.99.

And if the Kindle is not your e-book preference, check out more options, from Stanza to Sony to Palm and others, at the same price for the Kindle here at Smashwords. 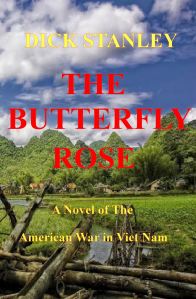 Our 2012 entry, The Butterfly Rose: A Novel of the American War in Viet Nam, is now available for the Kindle at Amazon for 99 cents, the usual price for Indie books whose authors are not well-known. There is no paper edition.

The Butterfly Rose is a very different kind of Vietnam War novel, full of authentic battlefield action and yet, it comes at the war from a fresh angle as the book description shows:

“Thanh Kim, a widowed country folk healer and sorceress, shares the American war in Viet Nam with her grandmother’s rose garden, the spirit of her dead warrior-poet, and the romantic strains of an old friend’s violin.

“Despite the terror of war, she finds hope for the future in an unexpected discovery: an American soldier-descendent of a French Foreign Legionnaire her grandmother helped drive from their Que Son valley a hundred years before.”

SciFi novelist Al Past, author of the popular Distant Cousin series, recently wrote  that The Butterfly Rose is a “clever and readable interweaving of the recent unpleasantness in Vietnam with similar stupidities at the hands of the French a century before in the very same place. This extra dimension, in effect, raises the story above others I have read which treat the American involvement only.”

So give The Butterfly Rose a try. You can’t beat the price and if you’ve read our other books, you know it’s good. 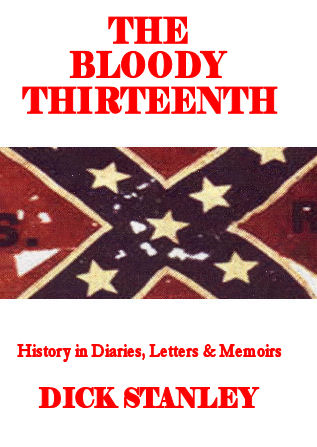 Our latest is a non-fiction history of the 13th Mississippi Volunteer Infantry Regiment, a premier Confederate unit of the American Civil War. The 13th was the original regiment of Gen. William Barksdale and a founding unit of his Barksdale’s Mississippi Brigade.

The brigade won lasting fame for its charge against the Union lines at Gettysburg on July 2,1863. This narrative history is told through the extant diaries, letters and memoirs of the men who fought under the regiment’s battle flag, 1861-1865.

Elaine Boatin a reader in Maine who is a decendent of a 13th Regt. soldier had this say about the book:

“….I found this a very readable book, one that brings the Civil War to life in a way that a straight history of campaign strategy, or statistics about the numbers of casualties from disease and wounds, cannot. Stanley is fortunate in having diaries, letters, and memoirs to draw on, and he skillfully weaves quotes from them into his narration.

“The focus is on the ordinary soldier’s experience of the war: the mundane details of blisters, lice, poor diet, mud, endless marching, comradeship, homesickness—as well as the horrors of battle. When Private Newton Nash, also of the Minute Men, whose wonderfully eloquent letters to his wife Mollie have been providing intimate texture to the narrative, is killed at Gettysburg, I wept as if I’d known him.

“My guess is that anyone interested in the Civil War or, indeed, in any war as it is actually lived by those fighting on the ground, will find this book enlightening and moving reading.”

The Bloody Thirteenth is available in ebook and paperback.