The current proximate cause

Of President Trump’s impeachment, of course. The Dims and their bureaucrat allies haven’t given up since he declared for president. Despite the fact that, as usual, our multi-millionaire lifetime pols and their GS-whatever lackeys, were there first. They did it first.

“Never mind that they themselves were the originators and instigators of the current proximate cause — foreign meddling (in their cases Italy, Australia, the UK, and Ukraine that we know of so far) — it is Trump who must fall for this sin. They must protect their shallow bureaucratic lives at all costs, even if it means the dissolution of this democratic republic, this nation that we are supposed to love, even if it means civil war. Whatever happens, they will blame Donald Trump at the top of their Beltway lungs when they themselves are to blame.”

Takes one to know one

Whenever the Dims accuse someone—especially, President Trump—of something, you can bet the Dims did it first.

“I have a statement from the Ukrainian embassy in Washington on the record from their sitting Ambassador in Washington that in fact Alexander Toluca, the DNC contractor came to the Ukraine embassy in spring 2016 and asked for help in finding dirt on Donald Trump in hopes of staging a congressional hearing to hurt Donald Trump.”

Comments Off on Takes one to know one

“A key lesson of the Trump era is that every single allegedly neutral, nonpartisan, super-professional institution has turned out to be, in fact, a bunch of partisan hacks shilling for the permanent political party. Voters can be forgiven for adopting a ‘burn it all down’ attitude in response.”

Yes, and we should start with indictments at Fart, Barf & Itch.

“I’ve been publicly debunking the ‘fine people’ hoax since 2017. The press created the hoax by consistently and intentionally omitting the second half of President Trump’s comments about Charlottesville.”

UPDATE:  Pat Condell on Gab: “We are witnessing the suicide of journalism.”

Comments Off on The “fine people” hoax

Dirty cop is also a liar

“So, during his testimony, Mueller attempted to give the impression that his team did not investigate ‘collusion,’ only ‘conspiracy.’ Yet the Mueller report states in plain English that they were treated as synonymous.”

“By Mueller’s own testimony, his investigation was not curtailed, stopped, or hindered at any point. In other words, there was no obstruction. This is quite remarkable because as I said, no other body besides Mueller and his investigative team would be able to say definitively that they were obstructed. Clearly, they were not. Yet Mueller and his team refused to say so in their report.”

Comments Off on Dirty cop is also a liar 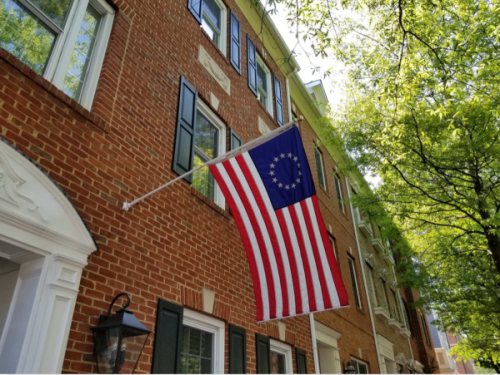 Already ruling over among the most crowded (and expensive-to-live-in) cities in Texas, the far-left Austin city council has now decreed that street camping is legal everywhere in the city—except in parks and around (naturally) city hall.

Squatters panhandling for booze and drug money are legal to set up right outside your door, Ms Businessperson and Mr Homeowner “…and the garbage, feces, urine, used needles and other issues associated with legalized squatting that we have all already seen in Los Angeles and San Francisco.”

The police are not taking it well: “…the Austin Police Association has raised an unofficial revolt online. In a series of posts on Facebook, the APDs union and public relations arm have detailed the utter stupidity of this policy in polite, even political, language.”

Quite stupid, liberals. And sure to lead to violence. Fair warning: better stay out of the rancho’s neighborhood, campers. Some of us are armed and dangerous.

UPDATE: The American left is seriously out of control