Tag Archives: Hoi An the colonial Williamsburg of Vietnam

Hoi An, the colonial Williamsburg of Vietnam 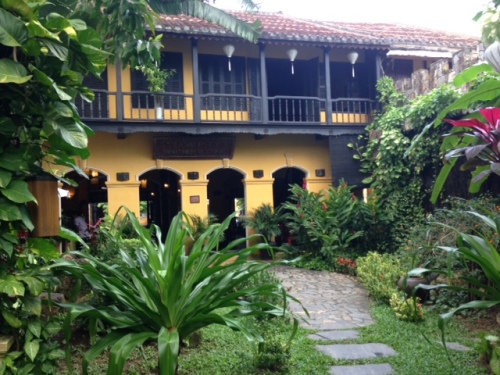 Another from OCS bud Jay Fortun. My old stomping ground of Hoi An (first half of 1970) was a major stop on the ancient Europe-to-China sea route around Africa called the Silk Road. As such the seaside town of about 120,000 today has long had warehouses and villas built by Dutch, Portuguese and Japanese.

My Advisory Team 15’s compound was believed to have been built by the East India Company. Subject of one of my short stories in Leaving The Alamo and more in my novel The Butterfly Rose.

Hanoi is now promoting the little port for tourism, including building hotels, and Jay says the crowds of foreigners show it’s working. Even UNESCO is in on the act, branding the core area of about five by five city blocks a historical preservation site.

Tagged "The Butterfly Rose", Hoi An the colonial Williamsburg of Vietnam, Leaving the Alamo