If cats could text you back, they wouldn’t.

Comments Off on Cat memes

Several downpours overnight has us worrying if the water will get into the kitchen cabinets again. Apparently not. Left the doors open to air them out. Then Checkers the cat got into the biggest one, all the way in the back, and sat there looking self-satisfied until I said it was okay and then he left. No wet paw prints evident.

Comments Off on Checker’s help 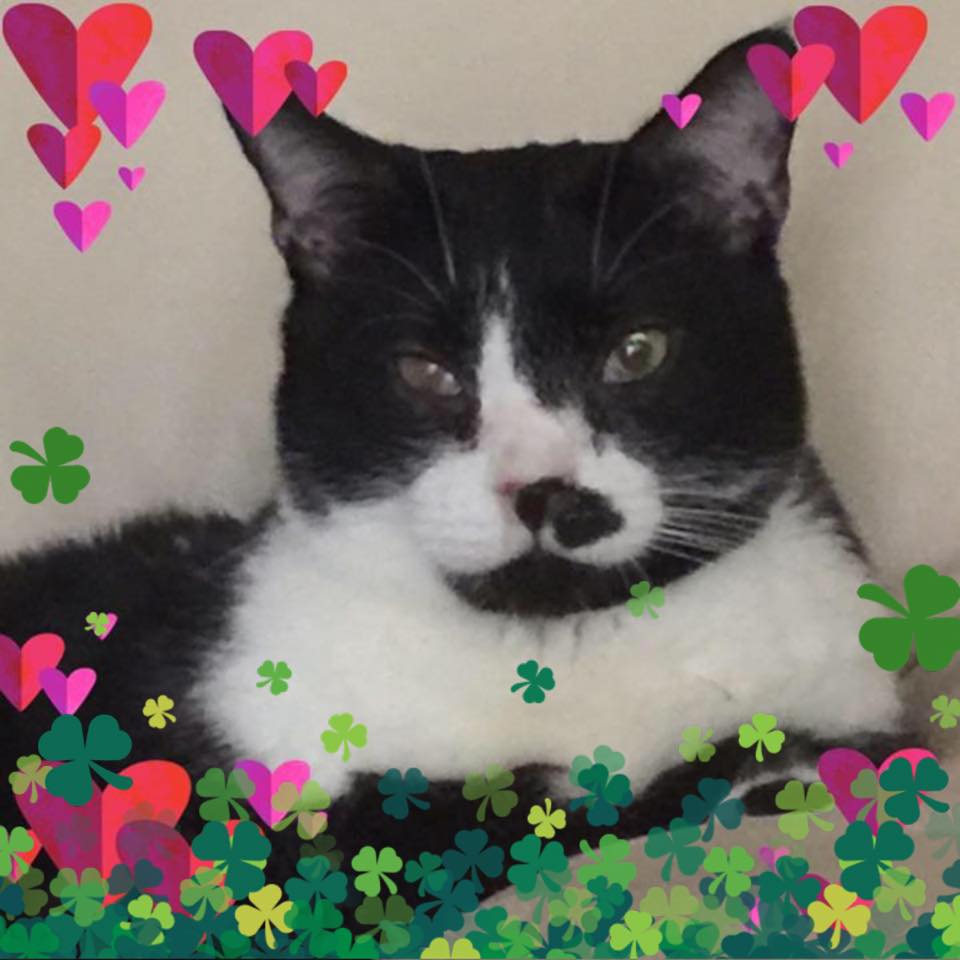 Introducing Barbara Ellen’s cat Checkers, our new house-cat in a pic from her Facebook page. Short for Chubby Checkers, as he has a tiger-like swinging belly on him.

Our new Senor Gato is a Tuxedo in case you’re wondering, which is arguably a description and not a breed. But there are dissenters. He is super friendly and likes to cuddle. His cloudy right eye has since been fixed with antibiotics.

Two mixed-breed cats came with Barbara Ellen to live with us at the rancho. Checkers, her six year old favorite, and Eva, her daughter’s cat who specializes in mischief while her daughter is away.

Checkers has a sinus infection for which he’s taking antibiotics so he sleeps most of the time. Eva, the evil one I call her, spends her time pulling things out of drawers and sleeping in cabinets. We’re slowly adjusting to each other.

Comments Off on Checkers and Eva

Comments Off on Cat ambition

This will be a recurring feature now that we have been adopted by a cat. We’re not naive enough to believe that we adopted him.

This first featured item, the so-called “famous” Bergen Turbo Scratcher (well it has had 3,468 reviews at Amazon, 85 percent of them 4 stars or better), has been a big hit with Senor Gato, our orange male tabby also known as Pumpkin.

We’ve also been pleased—especially as it only cost a third of what we paid for a carpet-covered scratching post he’s completely ignored for a month now. Not that the little white ball part of the gizmo is getting any notice, mind you, but he’s torn the cardboard scratch pad to shreds. When he isn’t doing that, and eating the cardboard shards, he likes to recline on the pad and snooze.

In the course of shopping for a replacement pad, I even discovered you can use a butter knife to pry up the old one which reveals that the opposite side is fresh and ready to go. Five stars for the “famous” Bergen Turbo Scratcher!

UPDATE: Forgot to mention the scratcher comes with a small baggie of catnip which SG seems to love. You sprinkle it on the cardboard. That might be the reason for the scratcher’s success in general and with with him.

I could pee on this

He could, indeed, but he probably won’t. Our Pumpkin is litter-box trained and content to use it, so long as it’s kept clean. But he has enjoyed discovering new prospects for observation, such as the roofs of our cars. The only thing missing is mice. Perhaps we should introduce a few.

Tagged I could pee on this, Our Pumpkin, Senor Gato