Posted on July 1, 2012 | Comments Off on Things We’ll Miss About Israel 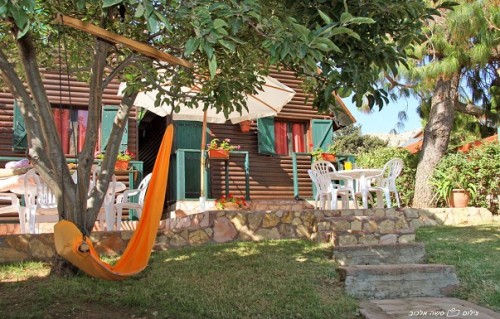 As Mrs. Charm, Mr. Boy and I return to Texas today from our 10-day visit to Israel, here are some of the things (a few cribbed from this insider’s list) we’ll miss, in addition to my longtime blog-friend and host Snoopy-the-Goon and his family:

An entire country slowly shutting down and settling into Shabbat around 4 pm, every Friday.

Seeing young children on urban streets after dark, not always accompanied by an adult but unafraid.

The generally friendly people who seldom failed to nod and say “Shalom.”

The supply of beautiful women, with generous decolletage, which never seemed to run out.

Chez Stephanie B&B ski resort (photo above) on the slopes of Mount Hermon where we stayed one night. Wonderfully cool temperatures after much lowland heat and humidity.

The brave young soldiers of the IDF, men and women, black and white, their automatic rifles slung over their shoulders at the mall and on the street. Even hitch-hiking, which they are no longer supposed to do.

Pretty sunsets and puffy clouds which easily rival the Texas ones.

The smell of eucalyptus at Bet She’an in the lower Galilee.

The steep, ancient rock path at Gamla which Mr. Boy’s encouragement (“just a little way more, dad”) finally got me up to the top without a heart attack.

The informal (“individual,” Snoopy says) way most Israelis dress most of the time.

The thousands of prayer notes seeking help from God rolled up tightly and stuffed into crevices in the Kotel.

Ice cream on a stick for five shekels (about a dollar).

The funny way some of the lower-domination coins are larger than the higher-denomination ones.

The way drivers sat patiently, without honking, in an almost two-hour traffic jam in Jerusalem caused by forest fires whose smoke blanketed the main highway, but honked repeatedly in the hour-long jam caused by Russian PM Putin’s visit to the city.

The hugely-generous buffet supper and breakfast at the Lot Hotel on the Dead Sea, and the colorful flowers in the courtyard at Gil’s Guest Rooms where we actually spent the night—even if the Wi-Fi had a poor signal and kept cutting out.

The round-abouts which make a lot more sense and are easier to use than the four-way stops in the U.S., where no one can remember who is supposed to go first.

Those curious buttons on the tank tops of Israeli toilets: I finally figured out the difference between the two of them shortly before we left.

The juicy cucumbers you can eat like popsicles, without cutting them, one bite at a time.

Diced cucumbers and tomatoes of the ubiquitous Israeli salad.

Red-clay tile roofs on many residences and more all the time.

Roof-top water heaters which make a lot of sense in a country with so much sun. And would in Texas, too.