Israel: Defender of the West

“Obama, Kerry and the rest of the flaccid moral narcissists who govern our country or the creepy disingenuous bureaucrats who represent ‘the international community’ obviously don’t have the gumption to do it – or even the inclination…[to fight] a rapidly metastasizing global phenomenon, replete with beheadings and crucifixions, that is unlikely to end and may only be at its beginning unless someone puts a genuine stop to it.”

So far only the Israelis are working on it, starting with the bloodthirsty religious fanatics of Hamas, but probably soon also to be engaged with the even more vicious and fanatical ISIS, when the latter finishes converting or killing the few remaining Iraqi Christians.

UPDATE:  The defenders are taking casualties, as defenders tend to do. As the IDF, in the words of the Times of Israel, “pours infantry into Gaza.”

Comments Off on Israel: Defender of the West

He’ll have it fixed in a jiffy, folks 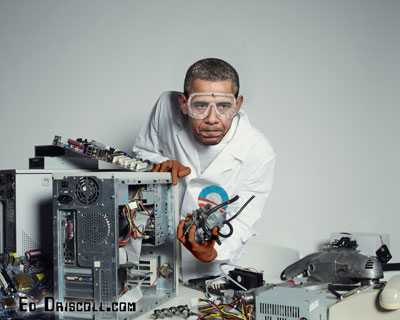 And if you believe that… But really! He just needs to spend a few more hundred million and you’ll be able to log-in. The rest may take longer yet.

“No organization, legislation or plan in memory makes a stronger argument for the inferiority of government to the private sector than the black comically named Affordable Care Act.”

Why do you think the clown prince and his union and political cronies opted out of Obamacare? Besides the fact that laws are for the little people?

UPDATE:  After you’re able to log-in, maybe he can get around to eliminating the bait-and-switch on insurances prices, some of them understated by at least 50 percent. Would a private company get away with this? Pshaw.

MORE: Can’t fix this, however: Mooch’s pal big cheese at company that did the original “work.” Strictly an Affirmative Action job, looks like so far.

Lady Macbeth and her blood-soaked hands

Posted on May 23, 2013 | Comments Off on Lady Macbeth and her blood-soaked hands

Yeah the IRS thing is scary. But as Reason TV reports, the IRS has been used for political retribution by at least four other presidents, starting with Franklin Roosevelt. The rest were Kennedy, Johnson and Nixon. Three Democrats and one Republican.

If we had an honest federal government (you wish) we would not have an IRS in the first place nor a complicated annual income tax form with so many strokes and sticks. We’d have a flat tax for everyone. But that would eliminate a lot of jobs for the Democrats to fill and a favorite weapon against their political enemies as well as innumerable opportunities to shake down the lobby for more bribes.

Benghazi is far more important than the IRS scandal and not only because four Americans died. It demonstrates better than anything else how inept and venal the leader of the Choom Gang and his probable successor the Hildabeast are when it comes to foreign policy and genuine national security.

An American ambassador seems to have been used as an errand boy, to clean up Hellary’s mess: trying to buy back shoulder-fired Stinger anti-aircraft missiles she ordered given to Islamists fighting to overthrow Gaddafi after she realized (duh) they could be turned on civilian airliners.

Denying readily-available forces to protect the ambassador when he came under attack (and lying about it repeatedly afterwards) seems to have been done to avoid uncovering the missile operation. In other words, the ambassador (and two Navy SEALS) had to die to save Obozo’s dwindling credibility and Shillary’s political future.

Having political enemies audited is one thing. Turning your back on Americans under attack is Vietnam all over again. Or, more recently, Barry’s betrayal of our troops in Iraq and Afghanistan.

All we can do is hope that the otherwise-feckless Republicans don’t drop the ball on the Benghazi cover up. Or we’re very likely to get Lady Macbeth and her blood-soaked hands as the next occupant of the White House and much worse to come than selling guns to Mexican drug lords, harassment of the Tea Party and spying on the snooze media.

UPDATE: It’s been conventional wisdom for a long time that Nixon used the IRS on his enemies, but his biographers say he only tried to use the IRS. Being a hiring hall for the Democrat Party, the IRS refused to cooperate with a Republican president. Its retribution is for sale, certainly, but only for Democrats.

Comments Off on Lady Macbeth and her blood-soaked hands

The Hildabeast: author of the Benghazi coverup

Posted on May 7, 2013 | Comments Off on The Hildabeast: author of the Benghazi coverup

President Pinocchio just went along for the ride, since it suited his purposes, too. Indeed, so far the evidence shows that it was Hillary’s coverup from beginning to end. Remember her incredible remark to inquisitive Republican senators:  “What difference does it make?”

If she was a Republican, it would make all the difference. She’d be finished in politics. The Democrat media would see to that, like they did with Nixon, and nobody died in his coverup of a third-rate burglary. Much less an ambassador.

But, of course, the Hildabeast is covered six ways from Sunday by the alphabet media, all of the major newspapers, and her faithless husband Slick Willie and his cronies. They badly want a second shot at the big bucks that come with the presidency in our increasingly dictatorial and corrupt federal government.

And, as Instapundit reminds us, the filmmaker Hillary and Barry chose to be their fall guy, the author of that Islamic video no one ever saw, is still in jail.

UPDATE: She even lied at the ambassador’s funeral service. How craven can you get?

Comments Off on The Hildabeast: author of the Benghazi coverup

Posted in Blogosphere, Obamalot, The War

Can we impeach the president now?

Posted on February 16, 2013 | Comments Off on Can we impeach the president now?

Roger L. Simon, in arguing for a good “major motion picture” about the administration’s criminal behavior in the Ben Ghazi affair, sums up why impeachment is warranted:

“And mysteries abound – just where was the president of the United States that night our ambassador and others were under terror attack in North Africa?  Why wasn’t Obama directly involved? Why did the secretary of State pay so little attention?

“Just what was our ambassador to Libya doing in Benghazi that night anyway? Why were the perpetrators allowed to escape?  Why did the president lie for weeks about what transpired, trying to make a hopeless video nobody saw seem  the cause of the event?   And why were his lies covered up by CNN’s Candy Crowley [in the debate with Romney]? Why was no attempt made to save our people in the first place?”

This is only one reason to impeach King Putz. He was already complicit to an earlier murder. Not that we can expect the slumbering Democrat news media to support the idea, even if the stupid party dared. Rand Paul, maybe. Except that he’s a senator and under the oft-violated U.S. Constitution the House impeaches and the Senate tries. Mr. Boehner?

Comments Off on Can we impeach the president now?

Those three loud votes no

Posted on September 15, 2012 | Comments Off on Those three loud votes no

It fit with the longtime anti-Christian and anti-Israel narrative of their Hollywood and news media pals when a sizable number of Dems tried three times last week to shout down restoration of the words god and Jerusalem to their party platform. But it still shocked me. Why had they been deleted in the first place?

“The cultural divide in the United States is now almost absolute; Democratic Party liberalism, which once embraced devout Catholics and observant Jews, cannot conceal its contempt for religion.”

But the no votes also concerned recognizing Jerusalem as Israel’s capital, something some Arab-American Democrats (and surely many non-Arab American delegates, judging from the volume) vigorously opposed. Which bothered PJMedia’s Roger L. Simon more than a little:

“A sizable and serious claque on the Democratic National Convention floor was shouting and applauding against the Jews.”

If Goldman saw it that way, he didn’t mention it. But the video, whose maker focused on two Arab-American delegates, could be so interpreted.

So the line between the two political parties has been drawn sharper than ever. No longer just over abortion or gay marriage or more welfare and higher taxes vs social conservatism, free enterprise and individualism.

But now over Israel and religion. And we’ll see if the Democrats have correctly interpreted the American mood or put their heads in a noose.

And, oh, by the way, if you think the post-convention polls showing Obozo ahead by 2-3-4 percentage points are accurate, remember they similarly showed Carter ahead in September-October 1980—until Reagan trounced him by winning 44 states.

Comments Off on Those three loud votes no

The Mystery of the Kenyan Birth

“Reading the extraordinary revelation about Barack Obama’s youthful literary career on Breitbart.com — that his agents published a promotional book in 1991 with a bio of Obama saying he was born in Kenya — set my old mystery writer mind ablaze.

“How could that be? Why would they think such a thing?”

As they say, read it all. It’s even funny.

UPDATE:  OTOH, on page 66 of Dreams the author (whether Obama or Ayres) writes of “drives around” Honolulu past “the remodeled hospital where I had been born.”

Comments Off on The Mystery of the Kenyan Birth